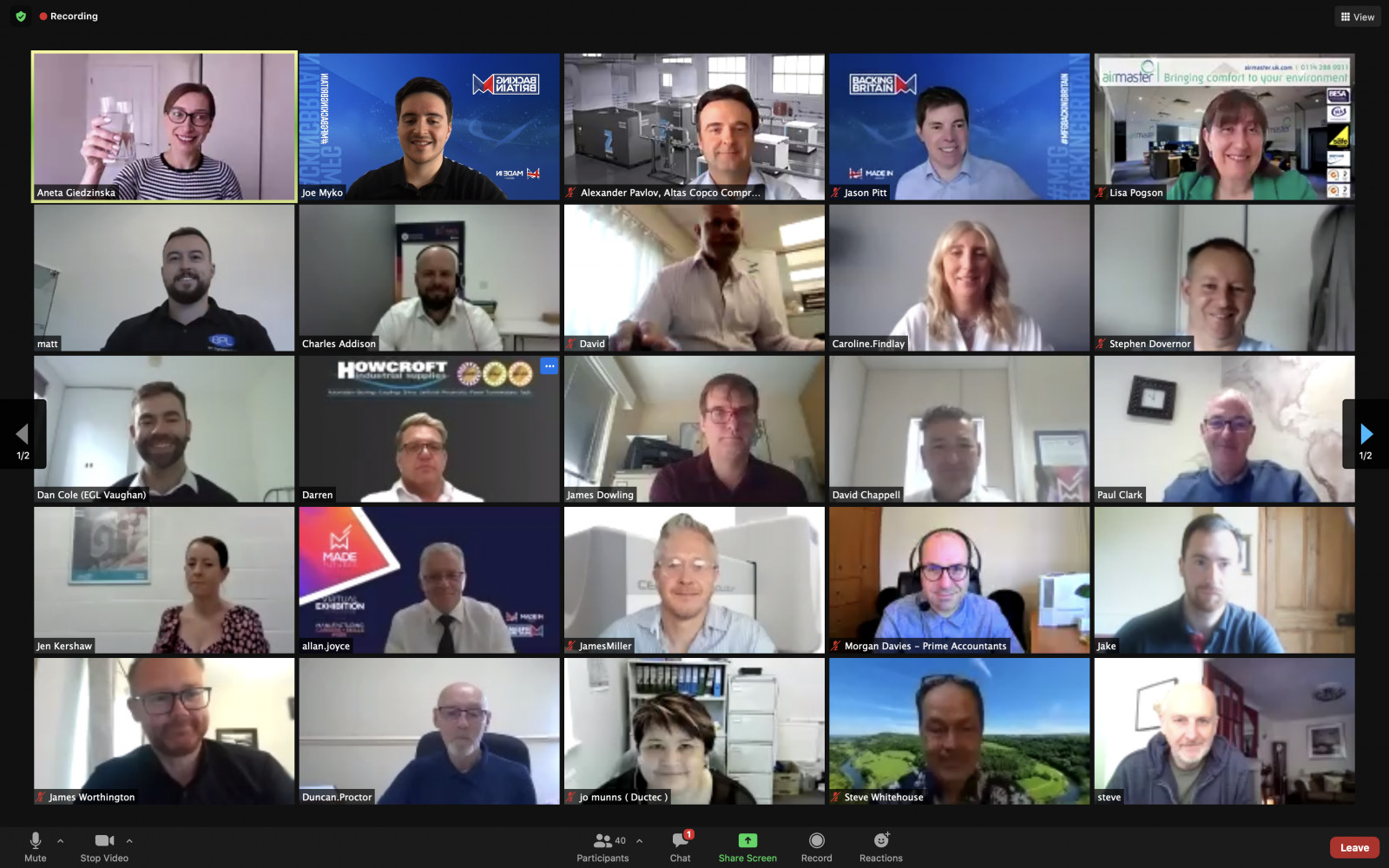 WATCH THE EVENT BACK

Industry leaders from the Midlands and Yorkshire both came together for the third cross-region virtual networking event with Made in Group.

Titled as a “Backing Britain 3.0 Virtual Breakfast Morning”, this event began at 9am with a short introduction from Made in Group CEO - Jason Pitt. Jason gave members a tour around the new events module available at the backend of member microsites, which allows members to directly message like-minded professionals attending the same events as them and choose what breakout rooms they would like to be part of.

All attendees, who were comprised of members of Made in the Midlands and Made in Yorkshire - were given the chance to give a short introduction to them and their company.

One Man, a Toolbox and His Dad

Matt Adams, Director of Operations at Birmingham Prototypes Ltd, then kicked off the speakers portion of the event, by giving an introduction into the story of his company. Birmingham Prototypes is a specialist turn-key engineering company in the prototype and low-medium volume sector for metal pressings/assemblies.

Matt went through the years of his company, which was founded in 2004 by Matt’s father, Mick, the current company MD. Beginning with “one man and a toolbox and his Dad”, the company has seen an impressive rise to today seeing in excess of £2 million turnover.

In this time, the company has seen multiple factory moves - including a move to Small Heath - and is today based in Kings Norton. Birmingham Prototypes’ impressive story has also seen it work with OEMs like JLR and it ultimately serves as a great case study for how much company growth is possible within the manufacturing industry.

Alexander Pavlov, General Manager at Atlas Copco Compressors UK & Ireland, then provided an overview of his role and objectives within the manufacturing industry.

Ultimately, extending and expanding value to both customers and stakeholders alikes, was foregrounded as being vital for Alexander. Not just continuing to add value, but “increasing it year to year”.

The importance of innovation was also emphasised, with Alexander highlighting the importance of bringing to the market products which go about increasing safety and efficiency; for example so that service engineers don’t have to lift heavy parts in their role.

With a UK base in Hemel Hempstead, Atlas Copco are a 100 year+ company and a Gold member of Made in the Midlands, which promotes itself as being the the “Home of Industrial Ideas”.

Investing in People is How You Survive as a Business

Having been 30 years in business this year, Lisa Pogson - Managing Director at Airmaster Air Conditioning - also provided a story with a family connection.

Lisa told the story of the South Yorkshire based company, which was started by Lisa’s brother-in-law in 1992.

Airmaster soon grew from a “man in a van” to being a big operation, with Lisa citing that one of her biggest ambitions throughout has been to focus on investing in and training people; as ultimately through looking after and growing the abilities of your staff, this is how you survive as a business.

As a perfect example of growing your own staff,, Airmaster had their first apprentice working at the company in 2000 and now this person works alongside Lisa as a “Contracts Director”.

Supporting skills within manufacturing is clearly important to Lisa, who highlighted that she has a desire to support STEM activity throughout the country, such as helping the next generation to understand that engineering “doesn’t have to be a dirty job” and to encourage more involvement from girls as well as boys within the industry.