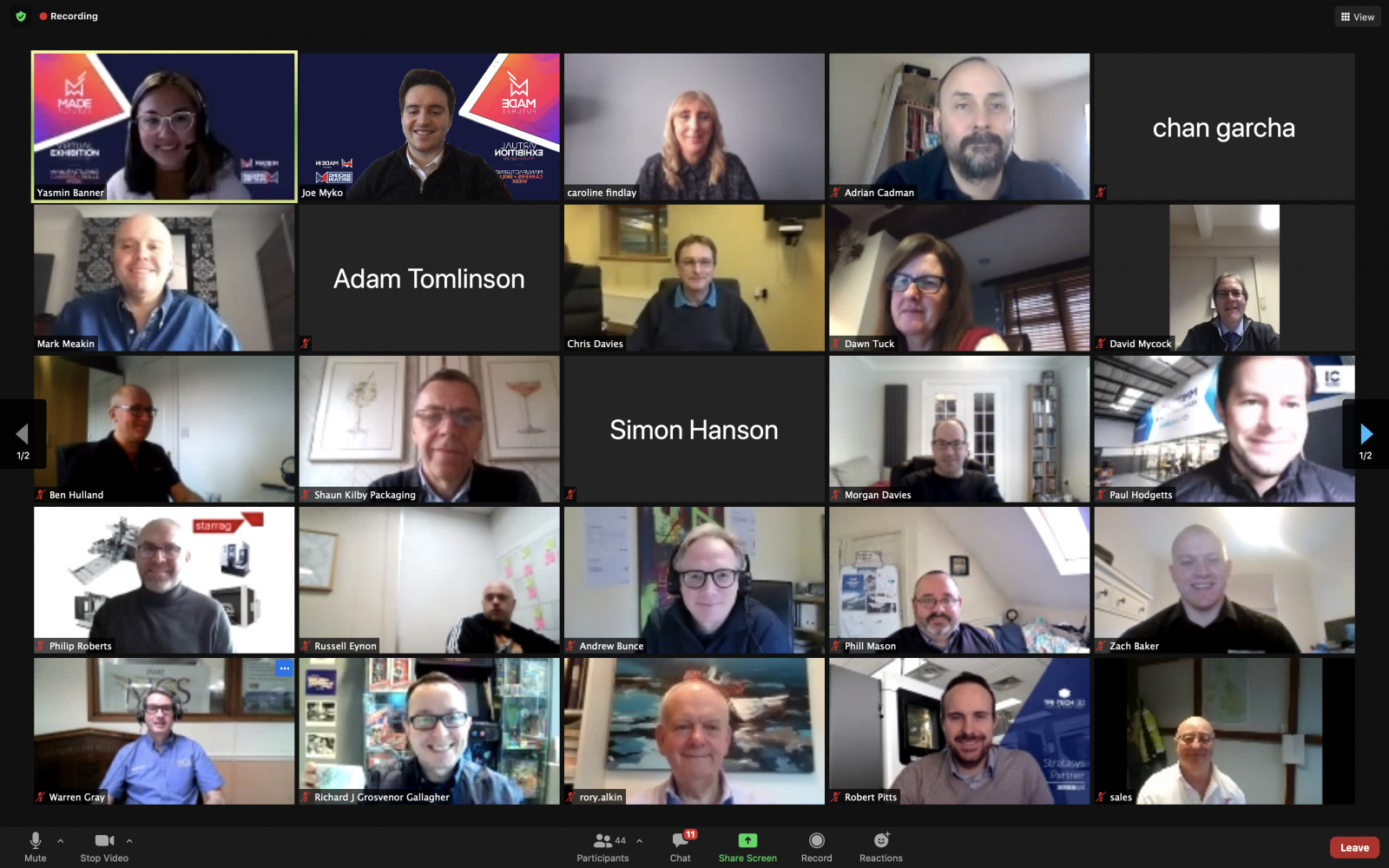 On Thursday 18th February 2021, Swiss Steel hosted a Virtual Breakfast Morning event with members of Made in the Midlands.

Made in the Midlands landmark Virtual Breakfast Mornings give industry leaders an opportunity to network, learn best practice and make business changing connections.

Based in Oldbury, Swiss Steel UK is proud to provide the commercial and logistic interface for their customers with all the mills of the Swiss Steel Group, and they have strong links with DEW, Ugitech, Finkl Steel and Swiss Steel amongst other companies.

Prior to the event beginning, all attendees who signed up at least 1 week before were sent a free Breakfast Box, filled with the likes of coffee, biscuits, sweets, lanyards, company information and more.

Following on from all attendees being given the opportunity to introduce themselves and their company to the rest of the group, Swiss Steel UK's CEO Wayne Bagnall delivered an insightful presentation.

At the beginning, Wayne briefly touched on the recent rebrand which resulted in the SCHMOLZ + BICKENBACH Group becoming the Swiss Steel Group. Wayne then detailed some of the different areas of the business which exist within the global Swiss Steel Group; "Swiss Steel Group is one of the world's leading providers of customised solutions in the speciality steel long products".

Wayne emphasised that Swiss Steel are able to provide a fully integrated and transparent process from design to end use - which makes them somewhat unique as a company. Speaking on both the present and future, it was noted that "The Swiss Steel Group invest heavily in R&D and are continually working on new projects and bringing new products to market".

Giving attendees some idea of Swiss Steel Group's influence on worldwide operations, the presentation highlighed that the global company are the 2nd largest producer of engineering steel in Europe, alongside being the 3rd biggest producer of stainless steel worldwide.

Ultimately, Wayne was keen to foreground that Swiss Steel are proud to have an "international footprint" alongside a "local presence". The presentation ended with an engaging look at Swiss Steel's interactive website, before attendees were given the opportunity to ask questions.

Following on from the presentation, attendees were sent off into smaller "Breakout Rooms" to network, socialise and discuss common challenges and solutions regarding current UK industry trends. Attendees are typically sent into two 15-minute breakout groups consisting of 4-5 members each. The group then met up again to discuss any final thoughts and say goodbye until next time.

Find out more of Made in the Midlands upcoming Virtual Events HERE.